Archive for the ‘Playstation 3’ Category

My PS3 died… What a terrible day!!! Well it didn’t completely die. I think the laser or Blu-ray drive is now shot. I can do everything else but play a movie or game. I’m thinking it is the motor though. Why? From what I understand, there are two lenses, one regular and a Blu-ray one. Often times, if it is the Blu-ray laser, the other will still work. In my case, neither work. There is no disc movement. Am I sad? I’m devastated.

So does this mean PS3s are junk? NO!! Absolutely not! I bought my PS3 four years ago. It’s a “Fat Boy” with 80gb. I have put an obscene amount of hours into this system. I have well over 120 total games. I’m an RPG player as well, so I can tell you my PS3 has been put to work. I also play a ton of sports games. I have easily gotten 5000 hours out of my machine. That’s roughly ten cents an hour. I’ve had my Wii since 2007 and have played probably 400-500 hours on it and the fan is making a humming noise. Usage of the Wii costs about fifty cents per hour… so clearly the PS3 has been more efficient and it can do so much more!

Others will ask “why not just get the drive fixed?” Well, personally, I would send my PS3 to Sony because I like to have a guarantee with the work done. If they mess up, they’ll cover it. If a local guy messes up, well, you’re out of luck. So sending it to Sony will cost around $200. A new system costs nearly as much, plus I’d get an extra year of service if something went wrong. Not to mention, a larger HDD. My favorite games would consume around 190 GB, just to keep them on the system. So perhaps it is time for the upgrade… Although I wanted to get a terabyte upgrade for my “Fat Boy” hard drive.

I’m sad. I can still play digital games and watch Netflix, listen to Qriocity, etc., but it is still heartbreaking. I think I cried. Sure I could play my Wii or 3DS, but after the E3 conference, I’m upset with Nintendo. The 3DS, although fun, is the biggest waste of money ever… aside from bad Chinese food or vodka.

Here are my creations of Cloud and Sephiroth. 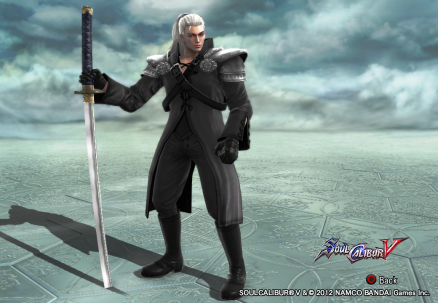 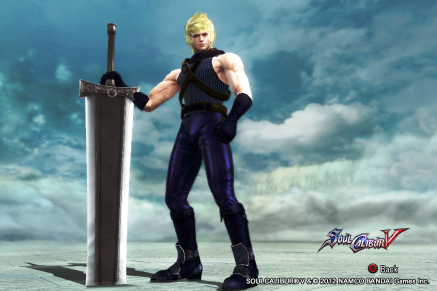 Soul Calibur V, in my eyes, is the greatest of all the Soul Calibur games, including Soul Edge.  This series has been around since 1996 and it just continues to get better. Character creation has existed for the last few games.  For Soul Calibur V, the PS3 has made this game the greatest thus far.  Why the PS3?  Simple, on the PS3, when you create a character, you can save the photos through the XMB as a screen shot.  Those who create characters are always very proud of their creations.  Below is a series of characters I have created.  There are a lot of familiar faces.  I will list who’s included:

I LOVE fighting games, I really do. I have played nearly every blockbuster since the age of 8 or 9. I have played them for over 20 years. So I picked up “Street Fighter x Tekken,” and was expecting the pinnacle of gaming. I mean seriously, the “King of Crossovers” paired with TEKKEN?!!! How could it go wrong? It seems like it could be the perfect game.

Initially, boy was I wrong. Before I get chastised, let me list the issues (From my POV).

-Graphics are not that great (Street Fighter IV, I thought, was way better).

-Is the background song cutting out on purpose? If so, the low health notification is terrible

-I have to wait a week to use Mega-Man and Pac-Man?

-The other characters are not that great.

-Near unlimited combos with a few characters paired with no breaker.

-DLC characters are already on disc?

-Fight system can be strange and odd to many.

-Scramble battle (When it doesn’t work).

-Once you get used to the fighting system, it is competitive.

-Unique way of bringing in the Tekken brand into Capcom’s system.

-Scramble Battle (when it works, it is CRAZY).

As you can tell, I feel ashamed I got this as a midnight pick-up. I chose this over Mass Effect 3 because I’m finishing other RPGs and I want to have time to work on my GMATs. Let’s be honest, Mass Effect 3 would take over my time for months. As I play SFxT more and more, I’m warming up to it and getting used to it, but it was a very sloppy release. I mean VERY sloppy. Virtua Fighter 5 has more modes than this game. Virtua Fighter 5 has been out for a very long time. Would even reach out and say that VF5 has better graphics and the game is 5 years old.

I’m getting used to the game, but it is moving very slowly. 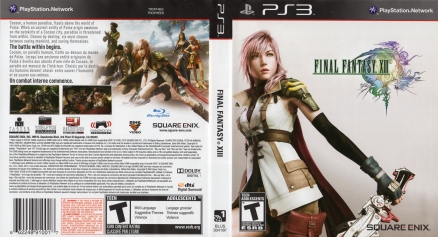 Final Fantasy… I have had a loving relationship with the franchise since the original Final Fantasy for the Nintendo Entertainment System. I was always caught up between that, Battle of Olympus, Dragon Warrior, Rygar, and Zelda II. Those were my favorites. I have even played Final Fantasy II for the NES (Japan only at the time). I may not work for Square, but I have been around since the early days, therefore I feel I can honestly judge what they produce based on playing each one extensively.

So what are my thoughts on Final Fantasy XIII?

So many people had mixed feelings and complaints, which I can see where they are coming from. The complaints are about the linear approach and the story, etc. First and foremost, the graphics were amazing. Square’s CG is the very top in gaming. I would even stretch and say they are the best of all media, including film animation. Their cut scenes are BEAUTIFUL. I can’t wait to see what they do with their luminous engine. If you don’t know about the luminous engine, here’s the YouTube:

Now, I didn’t have a problem with Final Fantasy XIII. It reminded me of Mystic Quest. Mystic Quest (SNES) was very linear, but it was a great introduction into the series. XIII seemed that way to me. It felt like an introduction for new players AND a way for them to test the current generations system capabilities. I suspect XIII-2 and Versus will be far superior. As we have learned, the XBOX360 had a very hard time supporting this game at multiple disks and visual losses. As I’m sure XBOX fanboys will disagree, it is the truth.

The story wasn’t that bad at all. It was a little emotional, but so what? The pathways were linear, but so what? There are games that are even worse. For example, God of War was very linear, plus there is no control of the camera. It is fixed. I don’t think the linear style bugged me that much because the game was beautiful. Some of the bosses were tricky, but all in all, not bad at all. I really enjoyed it.

The battle system was simple, but difficult at the same time. You could figure out what to do, but paradigm timing was crucial for many battles. Maximizing attributes and weapons was a very, very long and tedious effort (similar to FFX sphere, but much more in-depth). It took well beyond one hundred hours to get full capacity for the missions beyond the end of the story. The best place to farm experience points is right before the final boss battles with Barthandelus and Orphan. Stake out there for 3-4 hours or until “level 4 max” is filled to have a great edge.

I will say that the story is somewhat forgettable. It is not as vivid as Final Fantasy VII or Tactics (for those who actually played through it), but it is not poorly written at all. It will be interesting to see how XIII-2 ties into it. Apparently, there is time travel and it is less linear.  Square-Enix must have listened to the consumers and it has sold very, VERY well in Japan.